In this lesson, students will demonstrate their knowledge of ionic bond strength using a “brackets” activity. Pairs of students start the activity playing a game of “Ionic Compound War” to build eight compounds. Then then transfer the compounds to a “bracket” and use their knowledge of ionic bonding, along with a solubility chart, to predict the strongest and weakest bond between four pairs of ionic substances.

This lesson will help prepare your students to meet the performance expectations in the following standards:

Ionic bond strength varies, depending on the ions that are present in the compound. As a general rule: 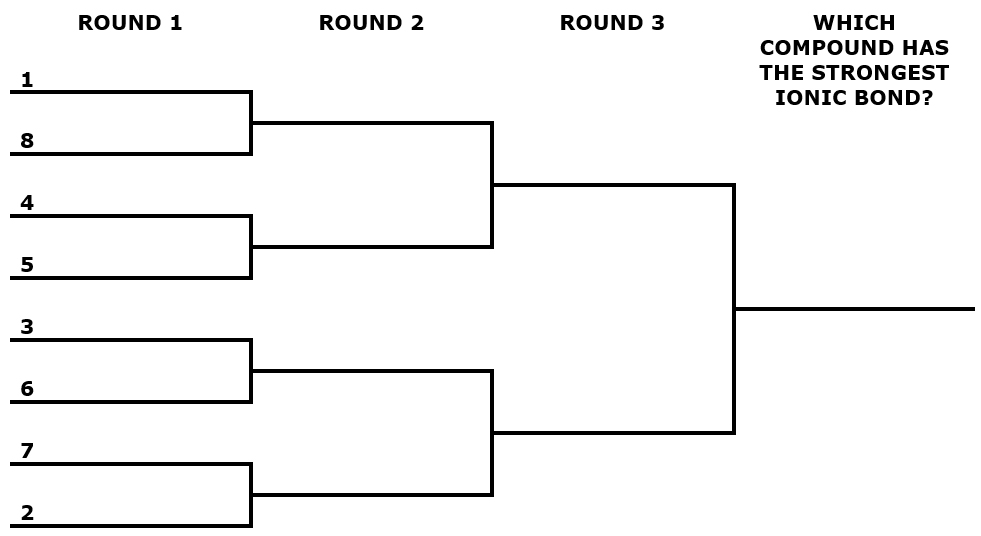