As Easy as Pie Mark as Favorite (51 Favorites)

In this lab, students will use chemical and physical properties to identify an unknown powder. There’s an aspect of “who done it” to make the activity a little more interesting to students.

This activity will help prepare your students to meet the following scientific and engineering practices: 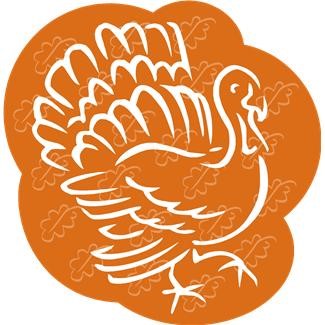 It's Thanksgiving morning and you answer a frantic phone call from your grandma. She tells you she spent all day yesterday baking her famous pies for Thanksgiving dinner and left them on the counter to cool overnight. When she woke up this morning, they were gone. She doesn’t have time to make more pie, and Thanksgiving dinner won’t be the same without them. She suspects the thief is someone she knows, so she has already collected some evidence. She is depending on you and your chemistry skills to help her track down the thief and confirm her suspicions.

When you arrive at her house, you notice some white powder that has been tracked across her kitchen floor. You ask her what it is, but she used so many white powders in the creation of her masterpieces, she’s not sure which one it is. You head to her pantry and discover the following:

You take some notes then ask her about her preliminary investigation. She hands you the following profiles:

Suspect #1
Name: Betty Crump
Occupation: Best friend and nosy neighbor
Evidence: White powdery substance collected from the stairs of the back door to her house
Backstory: Betty has extended family coming to town for Thanksgiving dinner and is a terrible cook.

Suspect #2
Name: Gladys Smith
Occupation: Retired teacher and vocal city councilwomen
Evidence: White powdery substance collected near her kitchen sink, right next to where she keeps her dentures
Backstory: Gladys is Grandma’s biggest Bingo rival, and she is jealous of Grandma’s recent winnings.

Suspect #3
Name: George Jones
Occupation: Works for the city’s transportation department
Evidence: White powdery substance collected from his work boot soles
Backstory: George is a big fan of Grandma’s pies and has been begging her to make him one for him to take to his own family’s Thanksgiving.

Design a series of tests to determine what the unknown substance on the kitchen floor is. Write out the steps you take in the space below – make sure your instructions are clear and could be easily repeated by another scientist.

Create a data table to clearly organize the information you gather from your tests.

Who stole Grandma’s pies?! Explain how your tests led you to this conclusion.


Thanks to:
Ward’s Science