How I Found Modeling Pedagogy

Throughout the last year of my teaching career, I received many complimentary notes from current and former students. One stands out from the rest. From a sophomore in my chemistry honors class, I received the following note:

Coach Lock, you are a very special teacher I won’t soon forget. I remember when I first got to your class! My whole school career, I had been fed formulas. You made me understand why the formula was written that way. You showed us, as a class, that you have to try, and it’s OK to fail, as long as you learn! I got over my fear of public speaking with all the white board groups, while also making me talk to new people. Everything you did was amazing. In five years, I may not remember empirical formulas, but I will remember you."

I still smile when I read that note, as the student describes some of the things they accomplished as a result of using modeling pedagogy to facilitate student learning of chemistry. Throughout my 35-year career, I have worked hard to improve my teaching. I continuously sought better ways to help students understand what science is all about and help them to think deeper.

Before my teaching career began in 1974, I was employed for nearly two years as a chemistry research technician doing organic synthesis. In that position, I learned more about the process of science than I did during eight years of science courses in high school and college. Once I became a teacher, I realized the most important objective I could achieve would be to help students understand the process of science.

Without knowing it, I was a teacher ahead of my time. Early in my career, I modified cookbook labs to inquiry-based activities. I had a curve ball thrown at me one year and was asked to teach physics. I worked hard to fill in the holes and attended professional development for guidance of how to teach this lesser-known subject. During the summers of 2000, 2001, and 2002, I completed a number of Physics Teaching Resource Agent workshops. The most valuable workshop I completed during those summers was about active learning. The core of this workshop involves learning strategies that students use in dry-erase board presentations. I began using active learning strategies during the 2001–2002 school year. I was happy to have found a teaching technique that helped me understand and analyze what students were learning in my classroom. The dry-erase board presentations that the students produced often surprised me. As a result of them, I could identify and reteach student misconceptions. 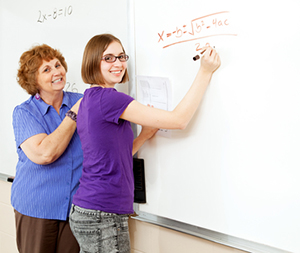 The modeling pedagogy involves students first recording observations of a demonstration. Next they complete investigations of the concept presented in the demonstration, including analysis of the data collected. Finally, they prepare dry-erase board presentations of their results and share them with the class. Students then complete practice problems and questions, presenting their solutions on dry-erase boards to ensure understanding of the concept. The process is student-centered, and it was a different approach from the teaching strategies I had used previously. Using modeling, I transitioned from being a “sage on the stage” to being a “guide on the side.”

There were a number of ideas and strategies that were new to me. One involved a technique for helping students learn how to solve stoichiometry problems. For many years, I had the good fortune to have many of the same students in my classes for two and even three years. One concept that challenged those students was completing calculations for chemical reactions at equilibrium. Once my students began using the “Before, Change, After” modeling chemistry strategy for solving stoichiometry problems, applying it to equilibrium problems made them easier. I went out of my way to inform my chemistry teaching colleagues how well the strategy worked.

Another modeling strategy that is helpful to solving stoichiometry problems involves using graphic symbols to represent atoms and molecules involved in a reaction. Figure 1 shows how this is done for the reaction between aluminum and oxygen.

Students may choose any symbol (squares, triangles, circles, rectangles, @, #…) to represent the atoms. I found that using abstract symbols such as those in Figure 1 improved student understanding of what occurs during a chemical reaction.

In 2006, I was assigned to mentor a new teacher. He was certified to teach biology but would have some sections of chemistry as well. We developed a good relationship, and I introduced him to modeling chemistry strategies. I also encouraged him to participate in a modeling chemistry workshop during the summer of 2006. He enrolled in and completed a workshop in Kansas City. Today he facilitates student learning about science using modeling chemistry and is a successful teacher. 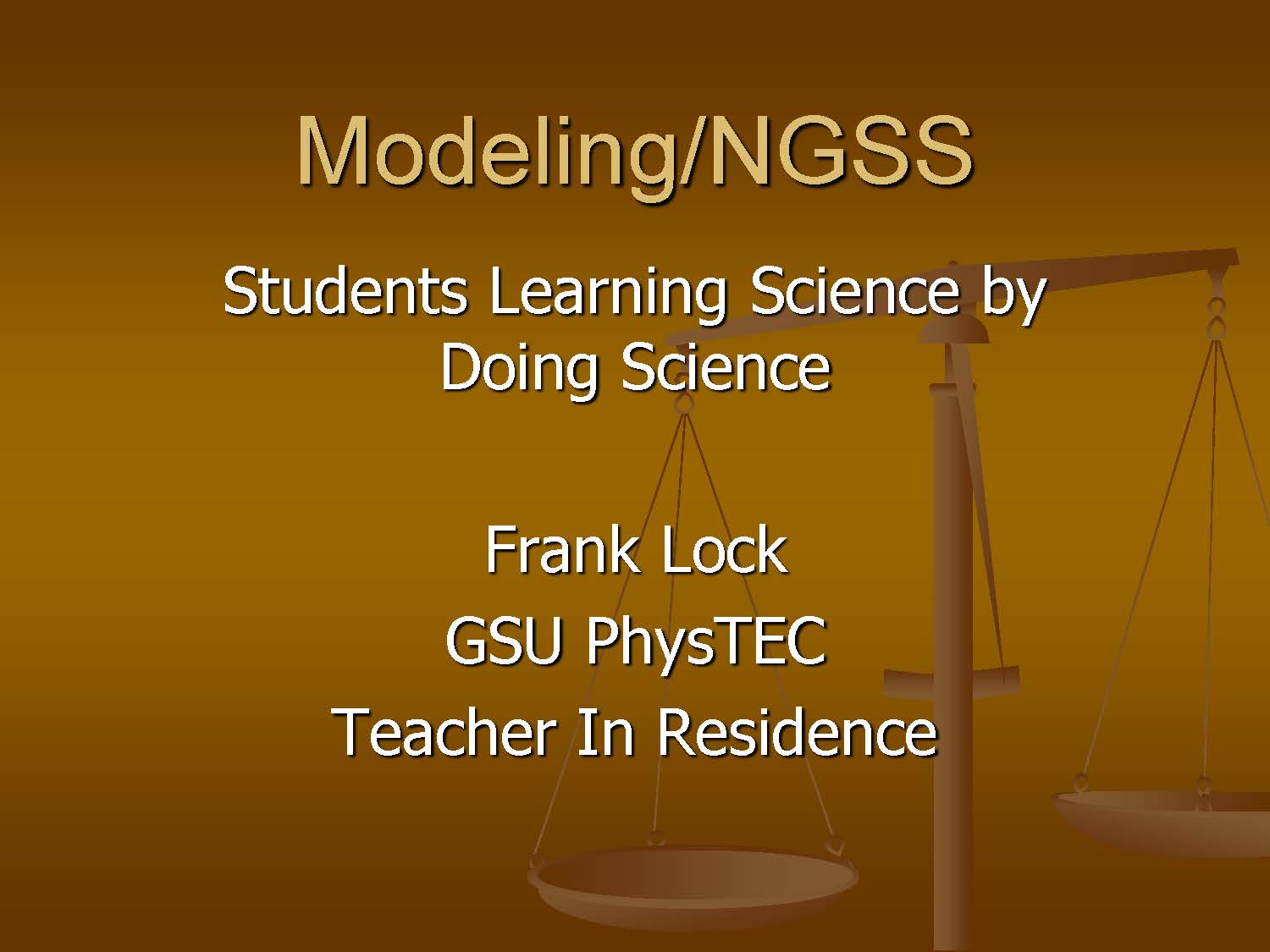 Modeling is a continuously evolving pedagogy. It allows teachers to develop teaching strategies on their own. The teacher that I mentored regularly develops new strategies to address student misconceptions, and we have conversations about his innovations. There is a modeling chemistry listserv where teachers can describe their innovations, ask for advice from more experience modelers, and discus challenges they face.

During the summer of 2014, I was offered the opportunity to work with high school physics student teachers as Teacher in Residence in the Physics and Astronomy department at Georgia State University. As a result, I continue to promote the modeling pedagogy to facilitate student learning in high school science classrooms.

I strongly encourage Chemistry Solutions readers to investigate the modeling chemistry pedagogy. Find more information about modeling in these resources:

Frank Lock taught high school chemistry for 35 years before retiring in 2009. He currently works part-time as the Teacher in Residence at Georgia State University’s Physics and Astronomy department, where he works with preservice physics teachers.