Is There Chemistry in the Vacuum of Space?

A few weeks ago, we challenged teachers via Twitter to think of something that is not chemistry. From many good responses, the winner was “the vacuum of space.” And well, we admit … you got us! The vacuum of space may be just about the only thing that isn’t chemistry. In fact, it’s not much of anything at all except some hydrogen and helium that exists as a plasma. 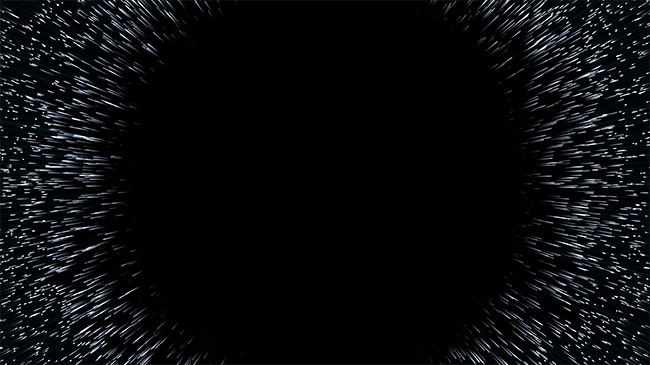 While the “vacuum of space” might not be chemistry, it is arguably the birthplace of chemistry. The “Big Bang” gave rise to the creation of Hydrogen and Helium. The resulting stars produced other elements through fusion reactions. Large stellar explosions then produced ‘heavier’ elements. While scientists are responsible for the creation of super heavy elements, the reactions in the vacuum of space have produced the building blocks for the discipline of chemistry. In addition to the production of elements, the nuclear fusion reaction in the sun produces energy that ‘powers’ the planet Earth.

One particularly important element formed by stars is carbon. Carbon is the atom that creates the backbone of organic chemistry and biochemistry. Its diverse bonding capabilities can be linked to biodiversity and heredity. It’s created in dying stars (called red giants) that fuse helium atoms.

The production of elements led to the creation of our planet and to the science of chemistry. The chemistry of planet formation is a research area that is of current interest. Dr. Edwin Bergin, Professor & Chair of Astronomy at the University of Michigan, studies the chemistry of cool clouds during the age of planet formation. He is a highly regarded interstellar chemist. Professor Bergin’s recent seminar at Andrew’s University can be accessed here.

Chemistry and the vacuum of space continue to have common ground. In the International Space Station, many experiments involving chemistry are performed every year. From examining the formation of semiconducting metal alloys under microgravity conditions to nanotechnology. More information on experiments on the International Space Station can be found here.

Performing chemistry investigations in space is a part of humankind’s attempt to understand our natural world. In 2017, The American Chemical Society published a new journal, ACS Earth & Space Chemistry. This new journal will “…look at chemical materials and processes, both here on Earth and throughout the universe”. The link between chemistry and space continues to be strengthened through current research and applications of science.

Thanks for the great response, Mara! We hope this helps to show how chemistry is linked to everything around us … even through a vacuum!

What in the World Isn't Chemistry?

View articles from the March 2018 issue of Chemistry Solutions »

Jenelle Ball is the 2017-2018 AACT Governing Board President. She was the 2015 recipient of the James Bryant Conant Award from the American Chemical Society for excellence in high school teaching. She has a BS in Chemistry from California State University Chico, an MS in Chemistry from the University of California Santa Cruz, and an MA in Science Education from the University of California Santa Barbara. Jenelle has been teaching chemistry and AP chemistry at Chico High School since 1986, where she also serves as the Science Department chair. She is passionate about making chemistry accessible to all students, while maintaining high standards to help prepare students for their future.