Scope and Sequence in the High School Chemistry Classroom

Reflect before planning: The three questions

Before you plan the curriculum for any course, it is important to answer three questions: What do I want my students to know or be able to do when they have completed my class? What do my students want to know? Why are these students taking my course? Only once you have the answers to these questions is it possible to successfully plan the scope and sequence for your class. Instructional time and student attention span are both limited and valuable. If you take the time to reflect on and prioritize topics, you will properly allocate your instructional time according to the most important components of the curriculum. Textbooks try to appeal to the broadest possible audience and often include vast amounts of less significant material. If you strictly adhere to a textbook, you may find yourself allocating considerable time to tangential material. Rather, if you focus on the material that is important to you and your students, you will be more passionate in your teaching, which correlates to more student engagement. (1)

A few years ago, I asked my colleague, “If you could wave a magic wand, what one concept would you like students to remember five years from now?” He replied, “That when you mix an acid with a base, you form water and salt.” We spent a lot of time that year teaching neutralization reactions. Personally, I want my students to understand that copper(II) sulfate is different than copper. Differentiating between atoms, molecules, elements, compounds, and mixtures were middle school standards in the now-defunct California State Standards for chemistry, so for many years, I stopped teaching the unit. Upon reading students' lab reports, 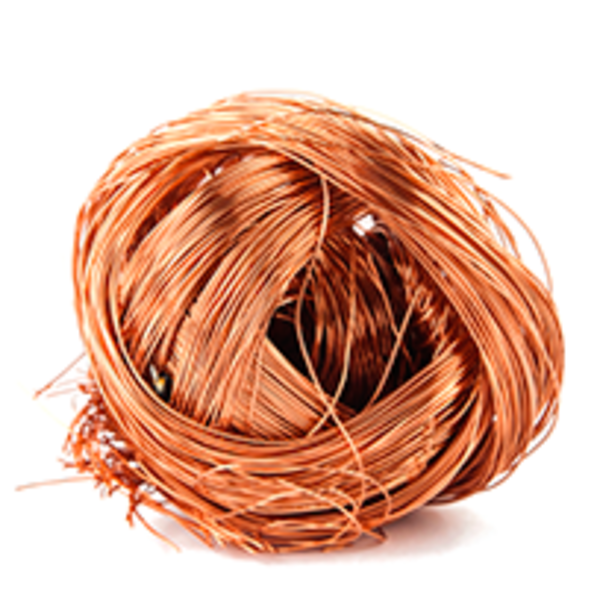 it became clear that the majority of them did not understand the difference between atoms and molecules. As I cannot imagine assigning a passing grade in chemistry to students without this very fundamental understanding, I’m grateful that these concepts are required by the Next Generation Science Standards (NGSS).

What do students want to know? “How do I blow stuff up?” “Will I die if I eat this?” “When will I ever use any of this ‘stuff’ in the future?” These questions should not be discounted, because no matter how well we teach, we cannot learn for our students. Therefore, I always blow up (self-carve) pumpkins at Halloween, burn plenty of magnesium, and discuss what happens if they ingest phenolphthalein (it doubles as a laxative). 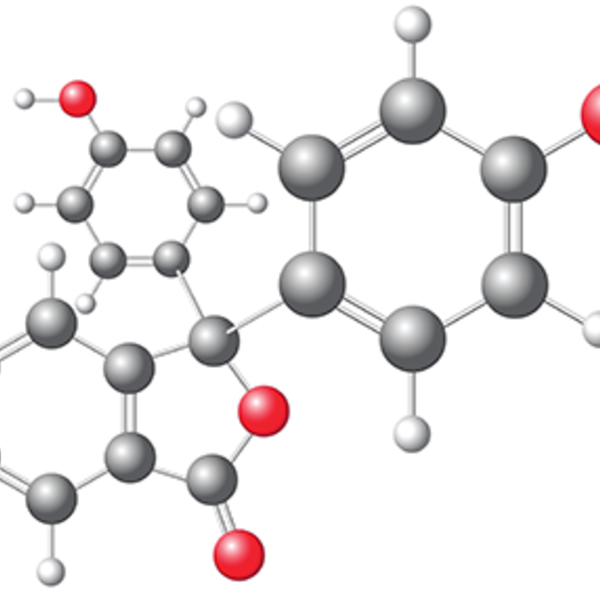 I make connections to the real world as often as possible. (ChemMatters, an AACT member benefit, is one example of a great way to make these types of connections.) I give labs, particularly inquiry-based ones, high priority. Sometimes I omit content or depth, or conversely, I include less important content to accommodate a lab I think students will find cool. For example, in my class, polymers get a higher priority than they would ordinarily to justify making slime. Further, if you get an opportunity to connect chemistry to students' interests—be it sports, video games, or cosmetics—students may discover an interest that involves knowledge of chemistry in a way that they had not fathomed.

As for the third question, in addition to being a college entrance requirement, chemistry should help students be successful in and after college by teaching critical thinking and problem-solving skills. We are educating the next generation of consumers and voters, and they should be as informed as possible. While NGSS has reduced the amount and rigor of math required in a high school chemistry class, these quantitative skills are integral to the math Common Core State Standards (CCSS). In conjunction with NGSS Science & Engineering Practices and math required by CCSS, I still teach quantitative chemistry, as it is unavoidable for data analysis of hands-on lab activities that investigate topics such as stoichiometry and concentration.

Sequencing: Who's on first?

With all of this in mind, I start the general chemistry curriculum with the unit on classifying matter. While virtually every chemistry text begins with dimensional analysis and significant figures, I postpone this unit until later. Despite being at least the sixth and perhaps eighth teacher to teach students the metric system, they come in every year as if they have never seen it before. I believe that the students do not retain this skill because they learn the metric system at the start of the school year, every year, in both their math and science classes as early as sixth grade. And it is not used again except for the occasional lab and perhaps the final exam. For this reason, and because unit conversions are unlikely to excite any students about studying chemistry, I postpone the math tools until before stoichiometry.

I follow matter with atomic theory, then the periodic table and periodic law, electron configurations, and intramolecular bonding. In that unit, I include Lewis dot structures and VSEPR theory (only up to tetrahedral geometry). I don’t think teaching electron configurations is necessary in a high school curriculum. Their inclusion, however, makes teaching the periodic table and chemical bonding more logical and comprehensible. In the past, I have excluded VSEPR theory, but I recently put it back into the curriculum to more fully explore polarity and solubility later in the year.

Only once students have a strong grounding in the nature of chemical properties do I begin any significant quantification. This has the downside of lulling students with weak math skills into a false sense of security early in the year, so there is an argument to start the year with stoichiometry to weed out those students. But if your school allows for math placement exams or alignment requirements, weak math skills may not be an issue for you. 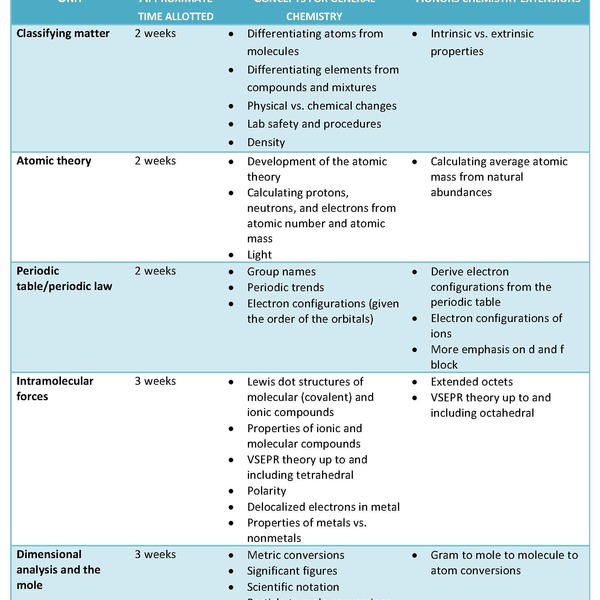 By about November, I introduce the mole concept, followed by nomenclature, chemical reactions, and stoichiometry. I move thermochemistry around to make the schedule compatible with Thanksgiving vacation, winter break, and finals. If Thanksgiving falls early in November, I may have time to complete the introductory mole unit between Thanksgiving and winter break. In years when the two holidays are close together, I teach thermochemistry here because it can be compacted to accommodate the allotted time and it does not require background information from previous units. Additionally, burning Doritos the day before a vacation is a lot of fun. To the extent possible, I try to finish any unit prior to a long break.

I begin second semester with gas laws. I include intermolecular forces with the properties of liquids, solutions, and solids. And the last obligatory units are equilibrium, acids/bases, kinetics, and finally nuclear. Toward the end of the year, I include organic chemistry, environmental chemistry, or forensics, depending on the interests of the teacher and students, and as time allows. A sample pacing plan is outlined in Table 1.

Scope: An extra concept may yield frustration and confusion

Sometimes in general chemistry, covering too many concepts can cause confusion and result in frustrated students. They can no longer perform the most basic aspect of the unit, even though they had mastered it the week before. For example, with enough practice, they can convert grams to moles and to particles, e.g., if given 18.00 g of water, they can figure out that it equates to one mole of water molecules or 6.02 x 1023 water molecules. If I push them one step further and ask them to find the number of hydrogen atoms in 18.00 g of water, they get confused, and some get so overwhelmed that they are unable to do any of the calculations. So, reluctantly, I expect this extension only from my honors students. Similarly, limiting reactants is another concept that seems to confound general chemistry students, so I only include it in the honors curriculum. I also exclude rate laws from the general chemistry curriculum, mainly because of time constraints but also because there are other topics that I think are more relevant to those students.

Over the past several years, I have made a concerted effort to remove from the curriculum rote memorization. As my students walk around with the sum total of all human knowledge in their pockets, the focus has shifted away from recall of facts toward application of knowledge. Thus, I provide a periodic table and list of polyatomic ions on every evaluation, a table of geometric shapes and bond angles accompanies the bonding/VSEPR theory test, and I always give them all constants.

NGSS emphasizes explaining the macroscopic world by understanding what happens on the microscopic level. Further, NGSS emphasizes process over content. Particularly with the general chemistry students, who will likely never take another chemistry course, a basic understanding of chemical principles, such that they can make sense of a newspaper article or a list of ingredients, is sufficient. Honors chemistry students need more content so they can thrive in a college-level chemistry class. But when all is said and done, students who have a strong foundation in chemical principles, the ability to draw logical conclusions from observations, and a passion for science will do well in any course, and more importantly, in life.

Deborah Bennett has been teaching chemistry for the past 15 years. She is currently department chairperson at Calabasas High School, just outside of Los Angeles. She was the recipient of the 2014 Paul Shin Award for Excellence in Chemistry Education and was a 2014 Fund for Teachers Fellow.