A long time ago, when I was in third grade, I had my first first-hand experience with chemistry during a class trip to the Brooklyn Children’s Museum in New York City. While there, I purchased a kit containing neat-looking stuff. Little did I know that this would lead me to all sorts of amazing experiences!

The kit contained some shiny materials (much later identified as metals), some things that looked like the rocks I found in the vacant lot down the block, and a shiny liquid stored in a transparent capsule. The shiny liquid was truly amazing to a nine-year-old. You see, the shiny liquid, when let out of its home, was able to ‘eat’ the metals. This experience caused me to ask my mom if I could get a Gilbert Chemistry Set as a present!

In high school, I took one-and-a-half years of chemistry. Unfortunately, we did no laboratory activities, as the school was not sufficiently equipped. The two different chemistry teachers I had performed demonstrations for the class, but these experiences were not enough to satisfy my curiosity. Instead, I did my hands-on experimenting in both the kitchen and bedroom of our apartment, as well as on the sidewalks in Brooklyn.

An entire world was opened to me when I started playing with my chemistry set. There were all sorts of experiments one could do. What is more, my sister (three years older than me) begged me to let her try out some of the experiments. Together we explored the nature of how one material behaved in the presence of another. We even thought that we had created life in a test tube one afternoon. Many years later I realized that what had occurred was merely a precipitation reaction. Still, I was hooked!

I have always highlighted the importance of safety to my students, and have avoided giving students ideas about conducting experiments on their own. I know now about the dangers inherent in doing experimentation without proper supervision as well as having safety features available, including proper eye protection. No, I would not advocate making chlorine gas on a kitchen stove and bubbling the Cl2 into water — nor would I suggest reacting potassium permanganate and glycerin in a glass plate on your bedroom dresser. Why, we didn’t even have a fume hood in our apartment!

Starting out as a teacher

Fast-forward to years later. My first, and next-to-last, teaching job was at Hawken School in a suburb of Cleveland, Ohio, where I was allowed to teach chemistry the way I wanted.

I had an extensive background in chemistry, both as an undergraduate major and in graduate school doing research on organo-aluminum chemistry, followed by a one-year post-doctorate in transition metal chemistry. Based on those experiences, I felt that students should have as much of a lab experience as I could fit into the curriculum, which worked out to an average of one hands-on laboratory experience a week, and each was designed to either introduce a topic or be well-integrated into the topic at hand.

Finding my own solutions

During my first several years as a teacher, my students’ lab experiences consisted pretty much of following my directions; that is, cook-book labs.

As time went on, I began to change the form of the lab experience. The lab consisting of explicit directions slowly morphed into one of inquiry: I gave my students an objective and, to be successful, they had to rely on knowledge that they had acquired along the way.

At first, there was one and then two of these labs, which were later to be known as Target Labs. My initial attempt at a new lab format featured an activity that involved determining the molar volume of hydrogen by reacting a length (mass determined by mass/unit length) of magnesium with an excess of 3 molar HCl. Before they began the experiment, I asked students to produce a specific volume of hydrogen given the starting materials. Students actually had to think about and calculate the quantity of materials to use given the starting conditions.

The second target lab was also taken from a confirmation-type of lab, in which students had to calculate the number of moles of water of hydration present in copper (II) sulfate pentahydrate (the answer is five). This was a no-brainer for students, as they were given the formula! To make the lab more challenging, I asked students to produce a specific mass of the anhydrous copper (II) sulfate. Students actually had to calculate and weigh out the mass of the hydrate required to produce the goal of the anhydrous solid.

The crime-stopping power of chemistry

Another type of lab experiment that I authored was based upon forensic science. Students don’t always like to do labs, especially when it comes to writing up the lab report. So, I combined the chemistry lab with a forensic investigation that involved either a death, a criminal activity such as a DUI, or damage to the environment. The AACT library has a number of great forensic-based labs, such as The Case of the Contaminated Well and The Search for a Hit and Run Suspect.

My students love the idea of solving a crime, and so their writeups usually involve a letter to a police chief indicating who the culprit was and providing supporting evidence — also known as a laboratory discussion in disguise! You can learn more about Recasting Chemistry Labs with Forensic Themes in a past issue of Chemistry Solutions.

So, where does this leave us as chemistry teachers? I believe that we would all like to impart our lab skills to our students. Regardless of the type of lab experiment students do, they should be learning lab skills while practicing safe science. The inquiry and forensic lab experiments seem to improve student interest — not just by having them do the experiment, but by also surreptitiously encouraging the student to plan ahead, do pre-lab calculations (for inquiry labs), think logically, and express themselves clearly with supporting materials (in the letter to the police chief).

To help students become successful with their experiments (while doing so safely), I made available videos including any new techniques required, while also pointing out precautions that students should exercise. The videos were made available online several days prior to lab day. Kristen Drury wrote a helpful article for Chemistry Solutions that explains this pre-lab strategy and some related tips, which you can read at Four Strategies for More Effective Labs.

AACT provides many opportunities for you to offer inquiry laboratory activities to your students, including ones that feature forensic science. With just a bit of imagination you, too, could also author such laboratory activities for your own students. I encourage you to view the archived webinar, Why (not) Inquiry Labs? It’s Easy! if you need some guidance in creating and implementing these opportunities in your classroom.

Additionally, in this issue of Chemistry Solutions, several great teachers share about the exciting ways they are engaging with their own students, including:

Do you have an exciting, unique, or new method for engaging chemistry students in your classroom? If so, please consider sharing it with the AACT community through a discussion, a resource submission, an article, or a webinar. There are lots of way to get involved, so visit the AACT website for more information! 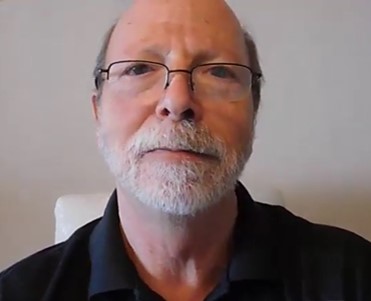 ISSN 2375-6039
Published four times per year: September, November, March, May
A product of the American Association of Chemistry Teachers
Brought to you by the American Chemical Society
1155 16th St., NW
Washington, DC 20036
teachchemistry.org/chemistrysolutions