From Corporate Scientist to Classroom Teacher

I am a minority. I did not grow up impoverished. Both of my parents were educated and had stable, long-lasting careers. I didn’t think my path would be any different. As a matter of fact, I thought I would have an easier path to success.

My parents had laid a great foundation. My mother taught secondary math for 30 years at the same school. My father was a process operator at a local manufacturing facility. I had no idea what a process operator was and my dad did not see it as glamorous enough to share with me. We took family vacations often. We were exposed to the finer side of life — a stark contrast with the life lived by many of our relatives and friends who, though happy and respectable, faced more financial challenges than our nuclear family.

Education was a vital part of my existence. I attended daycare with instruction. I was always ahead of the others in school, at the top of my class. My parents credit me with teaching my younger brothers to read. As a pre-adolescent, I “held school” for my brothers — literally in a spare closet! We had a chalkboard, supplies stocked by my mother and my aunts, a schedule to follow, and expectations for high performance.

Yet with all of this, the only career I was considering prior to attending college was to be a doctor. It was one of the few careers that involved math and science that I was aware of. It was the leading career path that the “smart kids” were expected to pursue, followed by law and engineering. However, in my middle class neighborhood, with a good sprinkling of other black kids, there were no chemists down the street. Nobody’s mother or father was a researcher. There were black doctors, lawyers, and engineers, but no researchers. Research was foreign to me. This world opened up to me in college. I was intrigued by the questions for which there were not yet answers. I could pursue the dream of finding answers, if that was my career choice. I could afford any educational path I chose. I wasn’t disenfranchised.

I entered the world as a doctoral scientific researcher and chemist, only to find that just as I hadn’t been aware of the opportunities in research, many of the researchers I met were not ready for the kind of diversity I wanted to bring to their field. I saw it as a fight that wasn’t for me, and left feeling unsuccessful, defeated, and denied the opportunity to use my talents in a way that was recognized and appreciated by those scientists who didn’t look like me. I felt disenfranchised, a sensation that was foreign to me and that I desired for no one.

To survive this experience, I decided to leave the corporate career for which I had lost my passion. Instead, I found solace in refocusing my career efforts. My first experiment was to manage a business that provided supplemental tutoring services to students across the state, who ranged from being economically well off to not even having food at home. Because the scientist in me looks at everything through the perspective of the scientific method, what I learned during this time was that the only difference between student performance at one end of the spectrum and the other was opportunity. I eventually came to realize that the best way I could help promote critical thinking was to become a high school teacher.

In my experience, all students learn well when misconceptions are clarified. All students learn when they receive instruction from well-prepared and well-meaning adults who are on their team. All students perform if you teach them to think critically. None are provided necessary learning opportunities when they are trained to merely pass a test. And most importantly, students perform better when they realize that the questions they have about the world could lead to not only a career that opens up everyone’s understanding of the world, but that also benefits them and their families financially. The development and enrichment of intrinsic motivation, coupled with support of family and well-trained professionals, keeps us from disenfranchisement, regardless of our beginnings.

I decided to test my own findings. I was going to teach to open up the minds of kids who had very limited knowledge of the world outside their small community. I found an advertisement for a job opening as a science teacher in a nearby school — so I sent an email to the principal, got a call on Monday, interviewed on Tuesday, prepared on Wednesday, and reported to work on Thursday. I entered my high school classroom with the charge of teaching Biology II, Environmental Science, and Physical Science to high school students on both ends of the grade range — freshman and seniors. 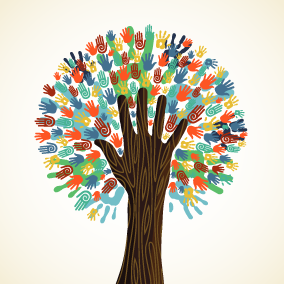 Most of the students I teach, though they are also minorities, have backgrounds different from mine. Most do not have two parents at home. One or both of the parents may not hold more than a high school diploma, if that. Most have not stepped far outside of their immediate community. Most have only heard of doctors, lawyers, teachers, and engineers as career choices, but never considered such elite titles for themselves. Most hate science before they reach middle school. Most have no clue that there is a thing called scientific research that is used to help resolve many of our problems. Most think they cannot be a minority and achieve success in any endeavor — and most are disenfranchised.

These were not the high performing students I knew when I was in high school, yet I know they are still expected to brave a world that requires so much more educationally. I know the obstacles I faced, even with my advantages. For them, high school is a now-or-never opportunity, so they must be better prepared. I also know that when I finish with them, if I haven’t prepared them and made a strong case for why they should embrace their education and do their best, life would teach them cruel lessons.

Apparently, I did well — because in my second year, my teaching load was increased. In my second year, I taught Oil and Gas Production, Environmental Science, Chemistry, and Honors Chemistry to 11th and 12th graders. Though I’ve only been in the classroom three full years, I already have heard from many former students whom I encouraged to embrace the potential that I knew they each held inside. They come to visit me, Facebook me, and call my name in the mall every time I go shopping. They tell me I was right. They thank me for disciplining them and holding them to higher standards than they had ever been held to. They tell me I was the first person to ever tell them that they were smart, and that they now know that they are. They say they earn A’s on their college papers because I taught them to write using evidence and facts to make claims. 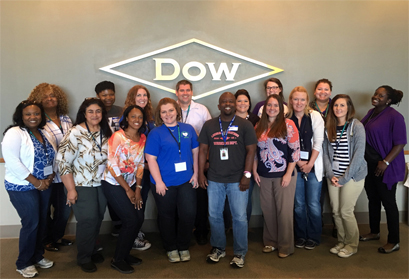 My experiences in the corporate world had me questioning what success is. I’ve found that answer. My students, both those who look like me and those who don’t, are my successes. A new success story is added every day. When a student makes a connection during class that demystifies the world around them — success! When a student develops the confidence to begin questioning the world around them — success! And, when a student realizes he or she can find the answers using methods and strategies they discovered under my tutelage — SUCCESS!

Because of the successful, evolving scientist and teacher that I am, I’m still intrigued by the unanswered questions that exist in our world. I’m also fascinated by the new questions that are being generated as a result of our quests, and by the students to whom I am passing the torch. They will not be disenfranchised. I will stop at nothing to prepare them for success. There is nothing else I’d rather do.