Wouldn’t it be nice if students wanted to practice their English language skills? And that they would do so with clear and thoughtful sentences, using resources to support and present their ideas in an engaging, thoughtful and entertaining manner? Science students need to do this whenever they are writing reports or explaining a problem solution or using their knowledge in some fashion.

My experience (in schools that ranged from low-ESL populations to my last one, which had about 99% ESL) has been that most students, and especially those where English is a second or even third language, do not like to speak in front of their fellow classmates.

All students, no matter their level of English language proficiency, can learn to improve their English language skills (generally classified as: writing, reading, listening and speaking)1. if given interesting and engaging activities and projects to complete throughout the school year. Here are five examples from my chemistry classes that my students found enjoyable and meaningful to do. Perhaps yours will too!

The Assignments and Projects

Anyone past the age of 15 who has struggled to learn a new language knows that practice, practice, practice is the key to gaining some mastery of the language. So if we want our students (whether in chemistry or any other class) to become better at using the English language skills that they learn at home and in school, then they need multiple opportunities to use these skills—and have fun while doing so.

The following assignments and projects have been shown to provide these opportunities when used throughout the school year. Most of these will take students one or two out-of-class days to complete, while the final project will take at least three to four out-of-class weeks to do well. Only the final project is done with a partner; all of the others are individual assignments.

At the end of every quarter, students were given a list of presentations (shown in Table 1) from which they could choose to do one. Generally, they would have two in-class days to complete the assignment, scheduled as part of the corresponding review unit.

Students were shown a brief video from which the audio element had been removed, and then given the task of adding their own narration soundtrack. The clip was excerpted from a longer video, so it needed to have a narration that was short and to the point! The students had to have a clear idea of the states of matter and how to explain what was on the screen, and they had to be able to clearly read their narration to me as I came around to each of them in class. They usually had 3–4 out-of-class days, including weekends, to do this assignment.

Among the short assignments, this was the most enjoyable, fun, and challenging to do! I credit the NPR radio show Science Friday, with host Ira Flatow, for the example and excellent idea! Students generally had two weeks (out-of-class days) to formulate and clearly explain a concept in 24 seconds, and then summarize it in exactly seven words. This task required a clear and solid understanding of the concept, with the additional challenge of being able to clearly write, organize, and speak the English words that needed to be said! Great fun! 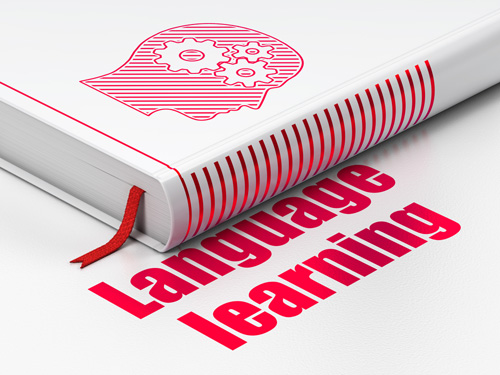 As teachers, we know that in order to explain a concept to a student, we must have a clear understanding of the topic. Building on that experience, this project had the student create a video to both explain and show how to do a mathematical problem of their choosing from any of the course’s concepts. Because the students were all familiar with the Khan Academy videos, they already knew what needed to be done. They generally had two weeks (out-of-class days) to complete this project.

While I found the 24/7 Lecture to be the most enjoyable, fun, and challenging of the short assignments and projects to do, this animation project produced the most amazing and creative products! Students were generally given 3–4 weeks (out-of-class days) to complete this project. After the projects were completed and submitted, the students watched each of them in class. It was clear that each group of students had learned a lot about organizing, scripting, building, and executing their ideas for the video. And everyone watching had fun, had a good laugh when appropriate, and appreciated each other’s efforts—including me!

The “Best of Class” project over the eight years that this project was done was the Journey to the Hydrogen Atom, in which the students animated one of themselves behaving as an electron that gains energy to move to a higher orbital to protect the world!

When and why should you encourage students to do projects like these?

When to do these projects is easy: whenever they would enhance students’ learning of a concept. Scheduling perhaps one a month is a reasonable goal. The examples offered here all involved Chemistry, but in reality, curricula for any subject matter would benefit by including such projects.

Why to do these projects is illustrated by a September 2016 survey of 5,300 employers in 38 countries/territories. That survey found that, for two-thirds of employers, English communication skills are important in their business. In addition, the study found that:

In other words, English language skills are crucial in companies around the world, and graduates need to be better prepared to use these skills.

For more than 40 years, Bloom’s Taxonomy has been used to guide curriculum development and student learning. The taxonomy shows that moving to higher order thinking requires analyzing, evaluating, creating, and being able to develop explanations and share them with fellow students.


To achieve these expectations, and to improve their job prospects, students need to be able to use their English language skills—and to do that takes meaningful and engaging practice!


It is hoped that these assignments and projects have given you some ideas of how to provide these quality practice opportunities so that your students can become more insightful readers, effective communicators, and analytical thinkers. And to have some fun!

My sincere thanks to —

David Byrum finished his 41-year teaching career in June 2014, of which 32 years were spent in Arizona and the last nine in Bangkok, Thailand. He mainly taught high school chemistry and physics. He also taught community college chemistry, an NSF sponsored 4-year summer program that introduced teachers to technology and taught university courses for future teachers and current teaching assistants for three years as the PhysTEC Physics Teacher in Residence in The University of Arizona’s Dept. of Physics. He especially enjoyed the students and colleagues whom he met and worked with in each of these experiences.